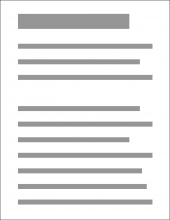 Since Late Miocene, the Emilia-Romagna portion of the Po Plain-Adriatic foredeep basin was progressively affected by compressional deformation, due to the northward propagation of the Apennines fold-and-thrust belt. The major tectonic structures within the basin have been recognised and are relatively well known, thanks to the widespread, even if outdated, seismic survey, performed after WW II, for hydrocarbon exploration. More recently, a large amount of surface and shallow-subsurface information has been provided by the CARG geological mapping project. The region therefore provides a valuable opportunity to discuss the genetic relationship between tectonic deformation, eustatic-paleoclimatic fluctuations, and depositional architecture. The activity of blind thrusts and fault-propagation folds induced repeated angular unconformities and impressive lateral variations in the Pliocene-Quaternary stratigraphy, causing thickness changes, from a few metres, close to the Apennines piedmont line, to more than 9 km, in fast subsiding depocenters (e.g. Lido di Savio). In the Ferrara region, the post-Miocene succession ranges from about 4 km, west of Sant'Agostino, to less than 200 m, on the Casaglia anticline, where Late Quaternary fluvial strata rest on Miocene marine marls, with an angular unconformity relationship. In this sector of the Po Plain, the tip-line of the northernmost thrust has been reconstructed north of the Po River (Occhiobello) and is associated with the growth of a large fold (Ferrara-Casaglia anticline), cross-cut by a complex splay of minor backthrusts and reverse faults. The thrust-anticline structure hosts an energy producing geothermal field, whose hydrogeological behaviour is largely influenced by the fracture pattern. The Apennines frontal thrust probably provided the seismic source for the earthquakes that severely damaged Ferrara, during the 1570 a.D. fall season, as documented by the structural damage still visible in many historic buildings (e.g. Cathedral). Surface deformation affected the fluvial drainage pattern and hence the depositional geometry. In the subsurface of the urban area, coarse grained synglacial sands are well developed. The depth of their top unconformity is largely variable, reflecting the ongoing deformation, from 30-40 m, in the southern syncline areas, to less than 10 m, on the Ferrara-Casaglia anticline. Where the synglacial sand reaches the shallower level, they can be amalgamated with, and cannibalised by, the Po River meanders (e.g. Bondeno-Sette Polesini area). Beneath the urban area, the surface rapidly rises northward, from 30 to 15 m, across what is possibly the near-surface expression of an active back-thrust structure. Beneath the southern portion of the present-day town, the upper Holocene succession is much thicker, reflecting higher sedimentation rates. Holocene depositional surfaces show some dip, induced by a spatially differentiated subsidence. The fluvial drainage pattern of the area can be reconstructed with a growing degree of accuracy, over the last 3 ka, recording the growing impact of human activity. The southern portion of diachronous splay of the Po delta distributary channels shows some parallelism with the buried tectonic structures. The large impact of man-induced rectilinearization and avulsion episodes has however to be cautiously considered while investigating the tectonic induced anomalies of the drainage pattern. Further investigation on the role of the recent tectonic activity in the shaping of the fluvio-deltaic depositional architecture will likely support an improved estimation of the seismic hazard of the area